Kenzo Takada was born into a family of 7 children on February 27th, 1939 in the Japanese town of Himeji. Passionate about drawing from a very early age, the timid young boy looked upon his two sisters’ sewing classes with wonder and admiration, developing dreams of one day creating his own unique works. With a prolific international career, Kenzo Takada never ceased celebrating exquisite fashion and art de vivre.

The young Kenzo Takada regarded Paris as the capital of fashion and as an eternal symbol of elegance and luxury. By a peculiar twist of fate in January of 1965, Kenzo set foot on French soil in Marseille, and a day later he discovered Paris, planning only to stay in the city for six months. However, he would never leave, thus calling Paris home for the rest of his life.

Known for his round glasses that framed his ever-laughing eyes, Kenzo’s wide smile emanated profound joie de vivre. His ardent love of life eventually became the hallmark of his creative thread, infusing his work with incredible colours, animals, florals and geometric patterns that became his signature style.

On April 14, 1970, Kenzo Takada presented his first collection to the press in his Jungle Jap boutique. History was then made as he became the firstJapanese designer to establish himself in the City of Light, thus garnering international fame. By 1976, he inaugurated his flagship store in the Place des Victoires, aptly named, KENZO.

1983 welcomed Kenzo’s firstmen’s line, and five years later in 1988 he presented his inaugural fragrance, KENZO KENZO. Subsequent perfumes followed in addition to numerous accessory collections. In 1993, the KENZO brand was sold to the luxury group LVMH and in 1999 Kenzo Takada departed from the brand but remained an artist and creator to the very core.

A lover of beauty, Kenzo Takada was passionate about interiors, furnishing his various residences with the same inventive spirit: a bold but effortless blend between Western lifestyle and Eastern rituals inherited from the Empire of the Rising Sun.

, a luxury brand dedicated solely to the art of living and opened a showroom in Saint-Germain-des-Prés. With his brand partner and long-time CEO Jonathan Bouchet Manheim, alongside Engelbert Honorat, Kenzo’s creative assistant since 2013, the team set out on a new adventure. 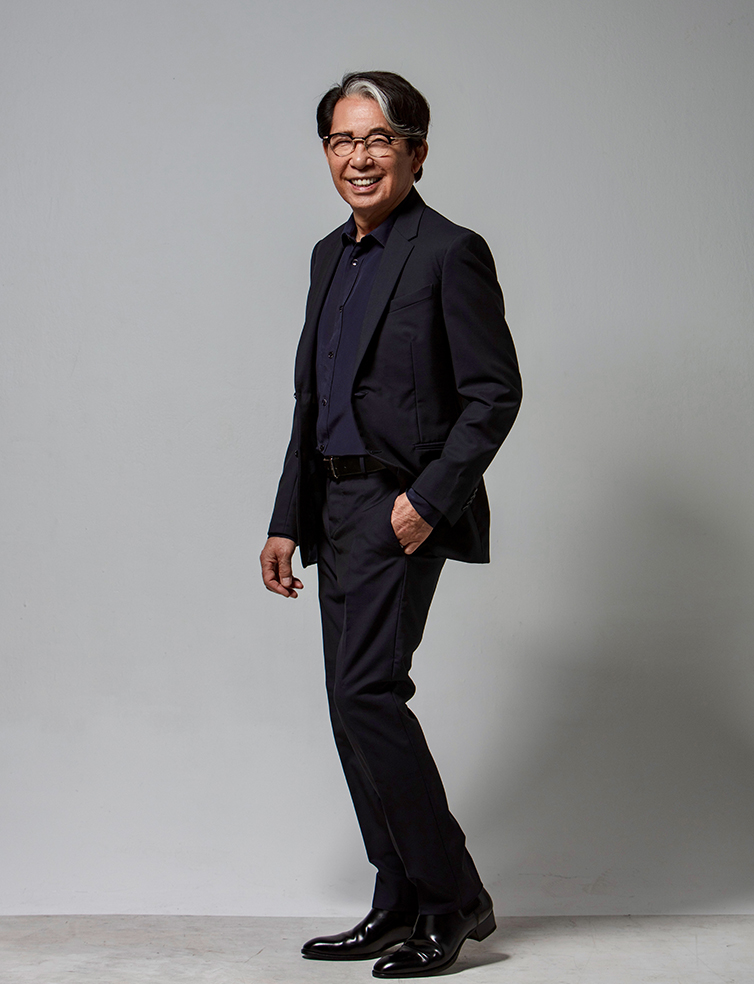